The saying goes that 6 degrees of separation exist between any 2 people on the planet.  On Saturday, January 10th, we put this saying to the test.  A call-out was made on Facebook asking families and friends of Field to visit the Falcon Nest web site.  Google Analytics had been added and we wanted to show the Web Design club how we could track the number of visits to the site and from where they visited.

Our results were much more exciting than we anticipated.  Folks turned the exercise into a game, to see how many people they could drive to the site.  Family and friends were contacted through text, email and social media.  As shown on the map below, we were able to get over 500 visits from 40 states and 30 countries: 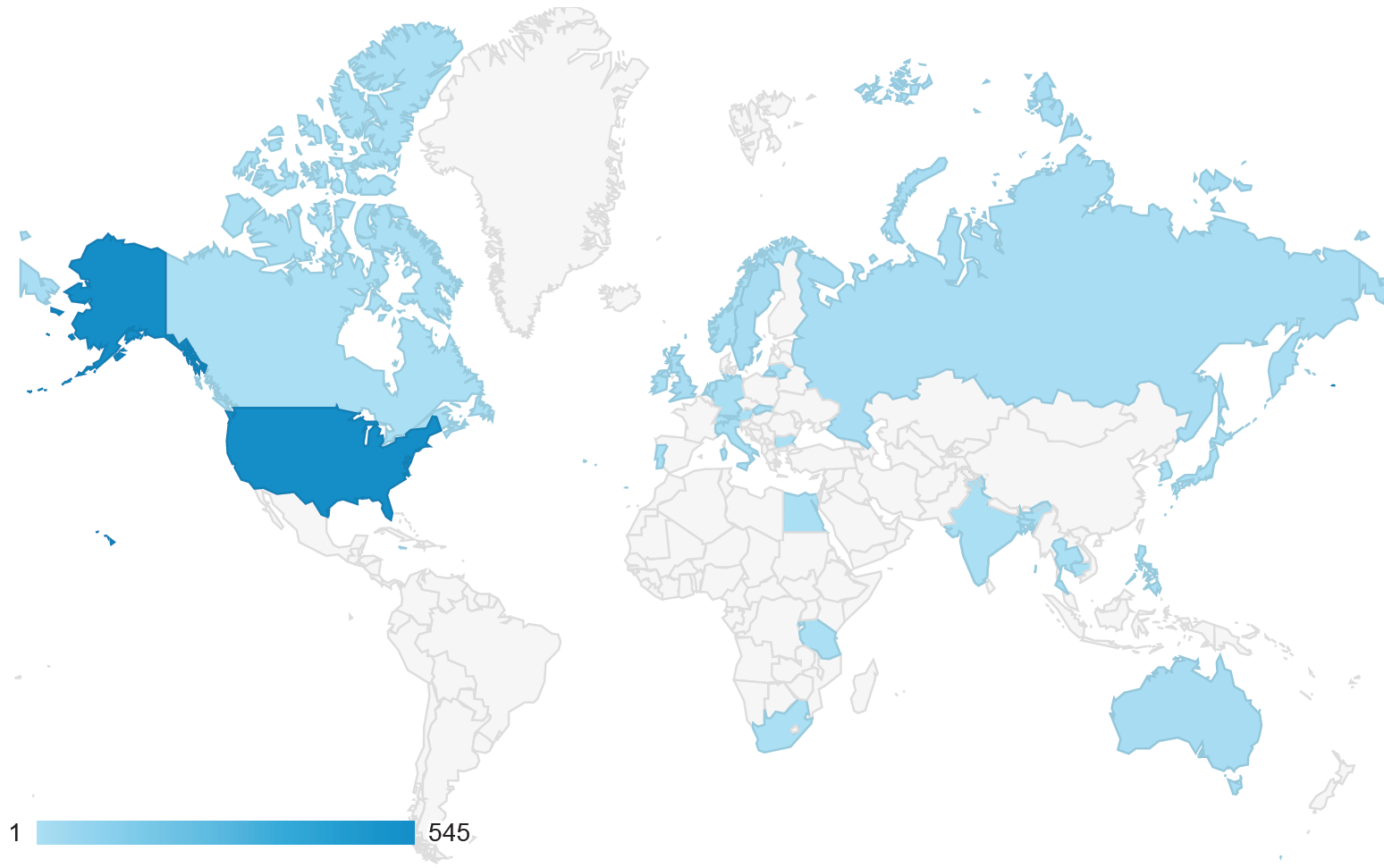 As expected, the biggest concentration of the hits came from the US and more specifically the Louisville area: 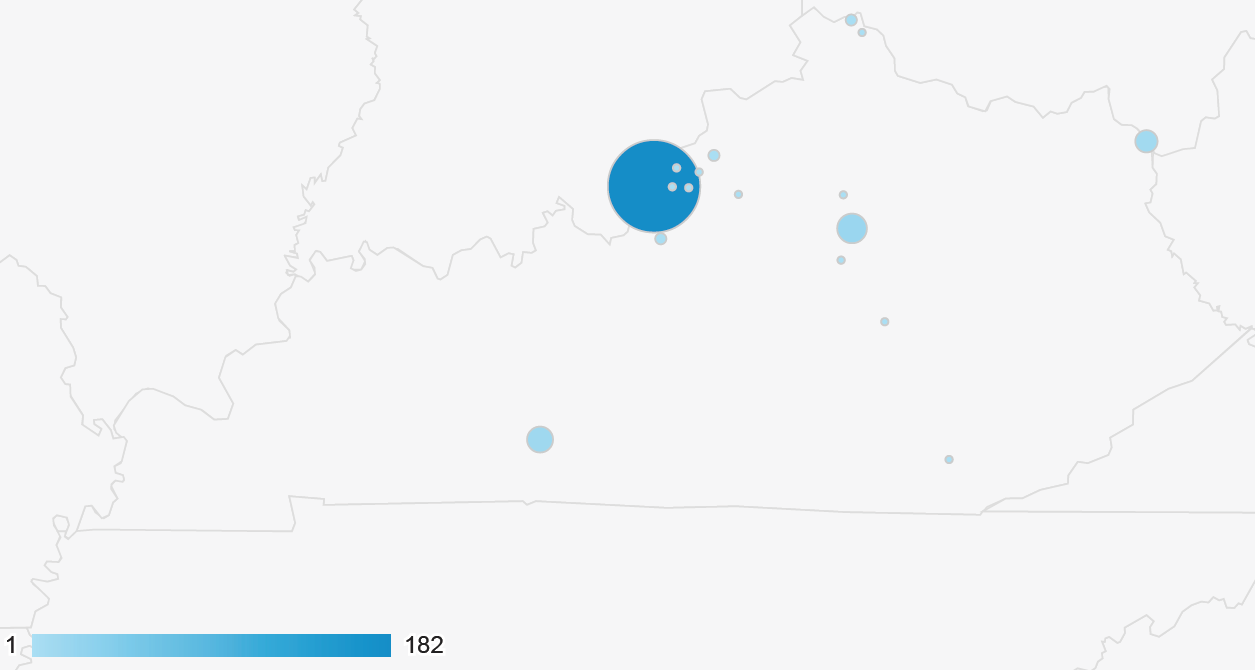 But the number of hits across the US were pretty impressive too: 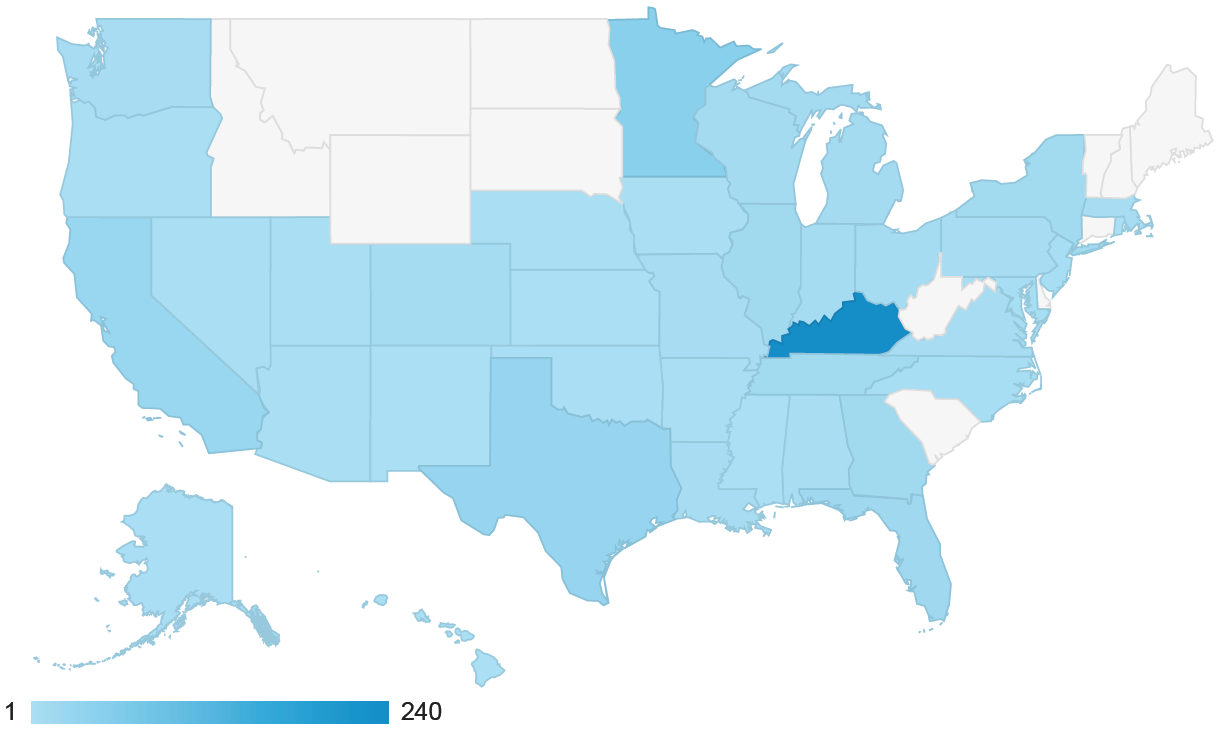 Field is quite proud of it's diverse student body.  With several parents attending the Southern Baptist Theological Seminary and the Louisville Presbyterian Theological Seminaries, Field has the honor of educating students from towns and cities throughout the United States and around the world.  Flags hang in the halls representing the varied countries of origin for Field families.  The data provided by Google Analytics and this exercise reinforces the wide reach of the Field Elementary community.

If you are curious about the raw number, the links below will give you that data:


As a fun side note when looking at the data, we've identified a hacker in Russia who repeatedly scans the site.

The saying goes that 6 degrees of separation exist between any 2 people on the planet. On Saturday, January 10th, we put this saying to the test. A call-out was made on Facebook asking families...
READ MORE